Gabriel Feitosa works with zebras, giraffes, and Alice in Wonderland, but he’s not a veterinarian, zookeeper, or fiction writer. Dogs are his canvas, and his craft is in the artistic creations he sculpts and designs into the dogs’ coats. Gabriel Feitosa is a dog groomer on a mission.

Feitosa is a pioneer in creative dog grooming and is no stranger to success and viral social media videos. His journey from a small town in Brazil to a highly sought-after dog groomer and reality star has not been without a few bumps in the road.

As a child, his mom owned two German Shepherds that frightened young Feitosa. He turned to cats but eventually learned he was severely allergic. Not until his sister brought home a small Poodle did he fall in love with dogs.

“When I was 12 years old, I met the woman who groomed my sister’s dogs,” Feitosa shares. “My family was in a very tough situation, and dogs became an escape for me.”

And escape he did. Every day, after school, he would work in the salon helping to groom the dogs in the Brazilian shop. His mother and friends were not supportive of his grooming aspirations, but Feitosa kept on and remained steadfast in his pursuits.

A Cut Above The Rest

Since leaving his small town in Brazil, Feitosa has traveled internationally to compete, learn, and groom with some of the most influential people in the industry.

In 2019, he opened his grooming salon in San Diego, California. The salon features premium pet and dog show grooming services, including artistic creations and coat treatments.

“You can look at five groomers who work on five different Bichon Frise dogs,” Feitosa says. “When the groomers are very good at it, you can tell the groomers apart by the way they cut and the subtle differences in the dogs.”

He loves to embrace the artistry part of grooming and has won many competitions over the years.

Transforming Dogs Into Works of Art

Feitosa’s goal is to redefine the world of dog styling. He advocates for safe and toxic-free grooming, which he says are practices every pet parent should know.

“Creative grooming allows the owner to bond with their dog,” he shares. “Dogs don’t really care or understand the designs or shapes on their coat, but they do understand the love and attention they receive for hours at a time.”

He says dogs may spend up to three hours of undivided attention with their groomer, who is often their owner. Most creative grooming sessions do not take place in one session. When completed, the owner feels a sense of pride and accomplishment in their creation.

From his viewpoint, “There is nothing more a dog likes than spending time with their owner, and the owner/groomer has a huge creative outlet to further define and improve their artistic grooming skills.”

Creative grooming is very popular, with clients requesting a character or scenic background “shaved” and designed into their dog’s coat. So popular is the service that the National Association of Professional Creative Groomers (NAPCG) formed in 2009 to serve those interested in the profession.

Feitosa gets ideas from just about anything and everything. His favorite breed is the Standard Poodle. He says they are a very smart breed with human-like intelligence.

“Poodles are a blank canvas because their bodies are as tall as wide,” he says. “Since their bodies are squared, and they have a long head with a big neck, a creative groomer can transform the body shape into anything.”

He has some celebrity clients who frequent his shop, but mostly people who seek regular grooming services and those who travel from all over to have their dogs creatively groomed.

“I had one client request her dog be groomed to look like a giraffe,” Feitosa reports. “Her son was autistic, and he loves giraffes, so it made the child very happy.”

Although he didn’t win, he learned a lot about himself and his tenacity.

“I never had these [grooming] opportunities growing up,” he recalls. “I am proud of myself for never giving up and making it to Hollywood and beyond.”

Tips For Parents of Dogs Who Hate Grooming

Not all dogs are into grooming, and some dogs make a major fuss when it comes time for baths and clipping. Feitosa has simple advice: find a groomer you like and stick with that person.

“Don’t change groomers because you find someone cheaper,” he reminds. “Allow the groomer to develop a relationship with your dog, just like they do with people.”

He says a typical groomer sees the same dog every 6-8 weeks for maintenance and grooming. Over that time, the groomer gets to know the dog and should make everything more pleasant.

His top three tips for making your dog happy at the groomer are:

Thanks to the success of Gabriel’s grooming salon, he started a franchise. He reports a few shops have opened, with 200 planned across the country.

“My mission is to create an impact in this industry, the industry that saved my life,” he shares. “I want to give back and help people who are just getting started in their grooming careers.”

Beyond the salon, Feitosa hopes to keep growing and entertaining his social media followers on TikTok and Instagram, where he boasts millions of followers.

He loves the culture he created in his shop and setting his sights on getting another show. Most of all, he loves his career and working with dogs.

He plans to keep grooming and share his innovative designs & techniques with the world. 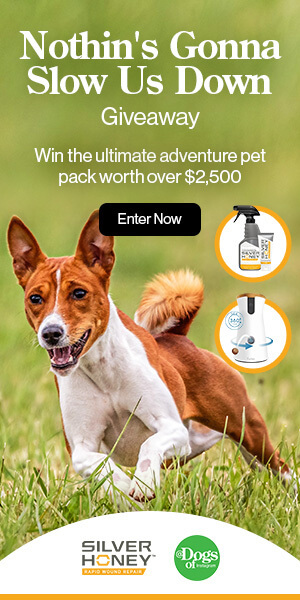