Looking for a dog-related caption posting for social media? Perhaps an icebreaker to share at the office? We’ve put together a list of 75 puppy puns that will keep you barking.

Everybody knows puppies make life better. Add some humor to the mix, and you’ve got the recipe for doggone laughter and smiles. These are the types of puns you can share with people of all ages—from tiny tots to seniors.

Dog lovers will appreciate this humor because good puppy puns are hard to find. These clever and good old-fashioned puns are sure to invoke smiles and giggles. (And who can’t use a few moments of levity these days, right?)

A pun is a humorous way to suggest different meanings of words. Now multiply that by 75 and you’ve got a list to use in cards, memes, social media captions, and more. Let’s bark to it!

The Best Puppy Puns EVER

My puppy must think I’m the backyard because she really digs me.

My pup goes to the paw-ffice with me every day, so he thinks he’s a su-paw-star.

Puppies are never naughty, but they are sometimes a little ruff around the edges.

I took my pup for a walk in the rain today. We were careful not to step in any Poodles.

I started an obedience school fund for my dog. We made our first bank de-paws-it today.

My husband named our puppy Luke Skybarker. Now he walks around saying, “Luke, I am your paw-ther.”

Harry Styles looks like my pup. Does that make him a dog-gleganger?

When my furry white puppy went to the grooming salon, she was called a Mal-tease.

I made a Spotify playlist for my puppy. Now he can sing along with, “Don’t stop retrieving, hold on to that feline.”

My Dalmatian puppy was so hungry, when he finished eating he said, “That hit the spots!”

Dracula got himself a new puppy. It’s a Bloodhound.

I named my puppy “Three Miles” so I can tell my friends I walk three miles every single day.

I crossed my little puppy with a hammock and wound up with a Rocker Spaniel.

Do you know what is more amazing than a talking puppy? A spelling bee.

I took my Weiner dog for a walk in the winter. He was Dachshund through the snow.

My puppy isn’t allowed in pet-friendly bars with me because she can’t hold her licker.

Border Collie puppies make the best listeners. They act like they ‘herd’ you.

My puppy and I are both zombies. We like to play “go flesh.”

My puppy is a thief. He’s already stolen my heart.

Puppies go to art class to learn to paint self paw-traits.

I forgot to share some fruit with my puppy, so he acted very melon-Collie.

My puppy is not overweight, he’s just a little Husky.

My puppy says I am a good storyteller because I paws for dramatic effect.

My puppy went to music school so he could learn to play the trom-bone.

The puppy became a freelancer so his boss couldn’t hound him.

My neighbor’s puppy chases anything red. He’s a Bulldog.

I named my puppy Conjunction because he loves to sniff out ‘buts.’

The best puppy to keep accurate time is a watchdog.

When my puppy finished obedience school, she received a pet-degree.

Puppies should not sit on sandpaper. It’s too ruff.

I caught my puppy chewing the dictionary, so I took the words right out of his mouth.

I asked my chemistry professor what his litter of puppies does with bones. He said they barium.

My little Scottish puppy watched a scary movie with me and now he’s terrier-fied.

I bought my puppy a calculator so I could have a friend to count on.

Wild puppies who like to meditate are called aware wolves.

Puppies are very much like marine biologists. One wags a tail and the other tags a whale.

My yellow puppy likes to talk on the phone. He’s a Golden Receiver.

My puppy crossed the road twice. He was trying to fetch a boomerang.

Some people find puppy puns to be re-pug-nant.

The NASA scientist organized a party for his puppy. He decided to planet in advance.

I asked my puppy not to bark in the elevator. It’s wrong on so many levels.

My puppy is very stubborn. In fact, he’s downright dogmatic.

I caught my puppy talking to a shoe. He said, “It’s been nice gnawing you.”

I like to fly on airplanes a lot, so I adopted a Jet Setter from the shelter.

My puppy just had a bath when he encountered an insect. The insect said, “Long time, no flea.”

My Bulldog puppy brought toilet paper to his fur-end’s get-together. He’s such a party pooper.

The large puppy wasn’t fond of dog parks. He found them to be a Mastiff waste of time.

A puppy’s favorite breakfast is pooched eggs and woofles.

My puppy was accused of chasing a guy on a bike. That isn’t possible. My puppy doesn’t ride a bike.

I took my puppy to dog-a class so he could learn good paws-ture.

My mom crossed her dog with a frog and wound up with a Croaker Spaniel.

When our landlord came to collect the rent, my puppy wanted to renegotiate the terms of his leash.

There mutt be a chance my puppy isn’t a purebred.

My puppy loves to stare at tall buildings. He’ll probably grow up to be a bark-itect.

Santa’s puppy doesn’t mind if it rains cats and dogs. As long as it doesn’t reindeer.

My puppy loves to float on water. He’s such a good buoy.

The litter of pups learned how to pick a lock. It makes sense because they are Corg-keys.

My puppy won’t laugh at cat jokes, and I’m not kitten around.

The hotel wouldn’t allow my puppy inside. They said it was too paw-sh.

My puppy loves to collect retro art. His favorite is Andy War-howl.

I had to throw out my puppy’s mattress. It had bed-Pugs.

I named my puppy Bear because he looks like Winnie the Pooch.

My retriever puppy disappeared with a magic wand. His last word was, “Labracadra.”

My puppy loves to eat hot dogs with mutt-stard.

Trees are very much like puppies. They both have bark.

My young pooch likes to play in the snow. He’s a slush puppy.

Fleas travel from puppy to puppy by itch-hiking.

My puppy always laughs at my puns. He’s a Chi-ha-ha. 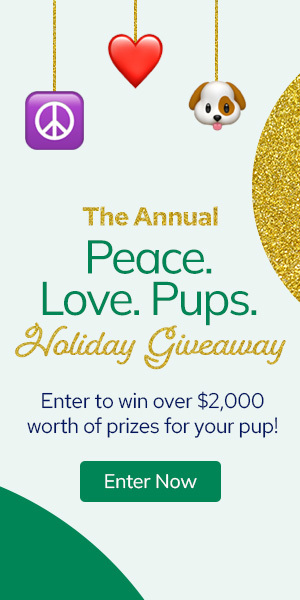